For the last two years, Custom House software development team has been making a major push to apply DDD on its projects at both the tactical and strategic levels. This is the second part of their two-part report. 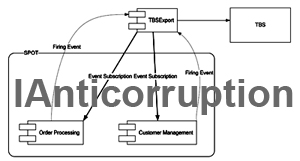 Custom House’s new currency exchange system is integrated with a legacy system. After a few years of growth, the two systems were so intricately tangled that even small changes made in the integration layer would have unpredictable side effects. Refactoring on the integration layer was risky and time consuming. The situation called for a revolutionary redesign.

The biggest challenge in implementing the anticorruption layer is to control the complexity of translation work. This was managed in an innovative way: by building an object model reflecting the implicit model of the legacy system. Our experiences show that an external system need not be object-oriented for its model to be adequately abstracted, and this has proven to be the key to a clean and extensible translation.